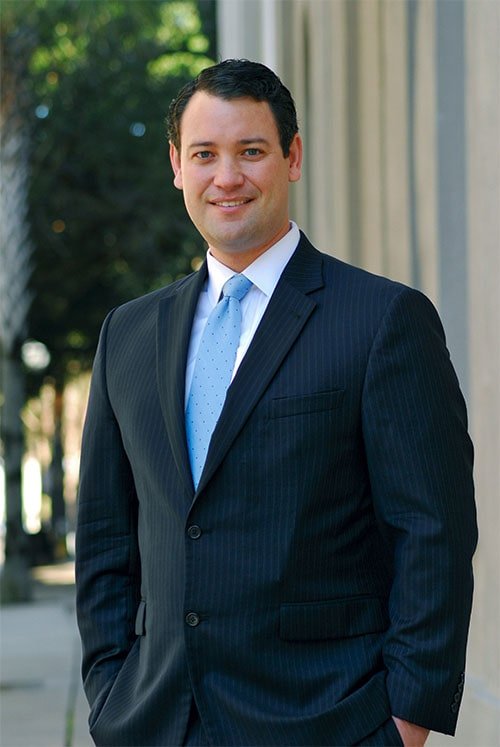 Ted is a dedicated and fearless trial lawyer with years of experience and high-profile trial success to prove it. Ted is recognized in the legal profession and by his peers as being among the best at what he does having been selected as a Top 10 Under 40 Criminal Defense Lawyers by the National Academy of Criminal Defense Attorney, and as a Top 40 Under 40 Criminal Trial Lawyer by the National Trial Lawyers Association. Through years of practice, Ted believes that the best way to help his clients through their problems is to make their problems his and to be accountable and responsive to his client’s needs. With Ted’s hand on aggressive approach, he can’t take on every case, but in the one’s he does he strives to ensure that every client leave’s our office in a better place than they came to it.

Ted is a native Clevelander and is still holds his Mid-Western value and work ethic near and dear. Ted first moved to Charleston to attend the Charleston School of Law and fell in love with the city and made it his adopted home. Ted values the Charleston community and has a deep appreciation for its history, beauty, and bounty. In founding the Corvey Law Firm, Ted hopes to provide as much back to this community as his adopted home has provided to him and his family.

Following a distinguished law school career, Ted accepted a position as an Assistant Solicitor with the Ninth Circuit Solicitor’s Office working for Solicitor Scarlett Wilson. As a prosecutor, Ted handled thousands of criminal cases ranging from drug possession and DUI to drug trafficking and murder. Ted served as lead trial counsel in countless criminal cases, including several high-profile cases with successful results all along the way. Some of Ted’s notable cases include: the Murder trial of Jahmal Green, who was convicted of slaying Eric Brantley; the felony DUI death of nine-year-old Da’Vieona Hamilton; and the felony animal cruelty case of Caitlyn The Dog. Outside of Ted’s primary work as a major case prosecutor.

Ted’s lifelong passion for animals led to him become the chief animal cruelty prosecutor in Charleston County, a role he misses most from his time with Solicitor’s Office. As a prosecutor, Ted thrived on and took great pride in serving his community but believed that he might be more effective in private practice. Ted helped to found the boutique litigation firm of Kidd Corvey & Simpson. Ultimately, Ted wanted to take his hands-on and aggressive representation approach into a new direction and founded the Corvey Law Firm. The Corvey Law Firm is devoted to solving its’ clients’ problems, big or small. Ted’s practice is entirely devoted to litigation in several legal areas, including Criminal Defense; Personal Injury; and Animal Law. Ted lives on John’s Island with his wife Danielle and their dogs Lucy, Caitlyn, and Sullivan. In his free time, Ted is an avid sports fan, and he enjoys golfing, being on the water, and spending time with his wife and their dogs exploring the Lowcountry.